(We’d like to begin by including a Content Warning for mentions of sexual assault throughout this blog. Take care of yourselves and read with caution, friends.) 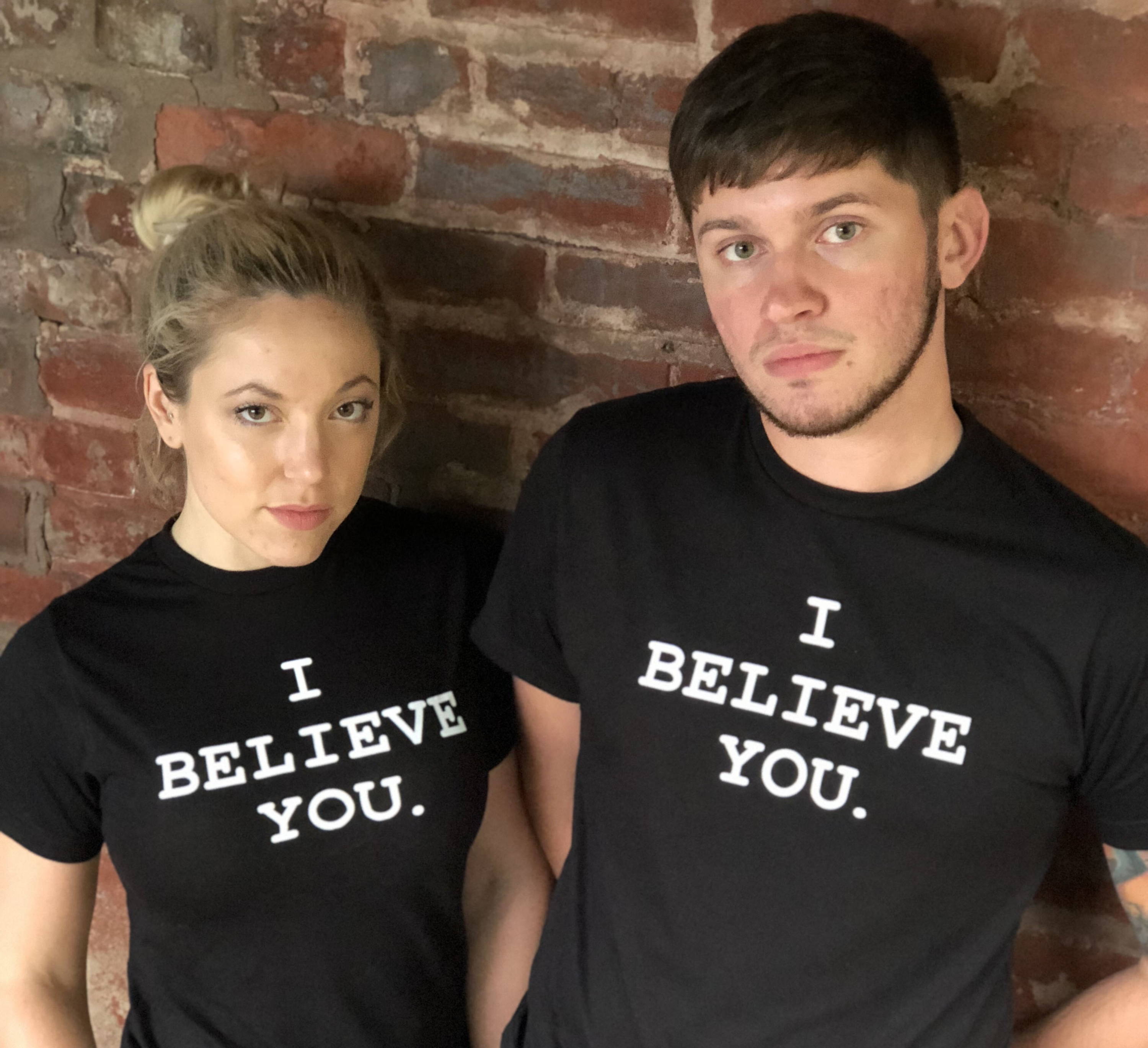 It's been a long, stressful, and emotion-filled week. The Kavanaugh hearings have, for many - especially survivors of sexual assault - been emotionally exhausting. The current news cycle is triggering for many survivors. Because of this, RAINN's hotline has been overflowing with calls to a point they can’t keep up, Twitter has been overflowing with both support and contempt for Dr. Ford, and most of our conversations here at BLōFISH have centered around the news cycle and how we can help.

First thing’s first, let’s make one thing clear: BLōFISH always has, and always will, stand with survivors of sexual assault. We hear you, we see you, we love you, and we believe you.

Why is this our stance? Besides it just clearly is the right thing, survivors have nothing to gain and everything to lose — from public ridicule to downright harassment. “Innocent until proven guilty,” doesn’t mean that an accuser is a liar until proven otherwise. More often than not, especially when a high-profile person is accused, the blame shifts to the accuser. “What were they wearing,” or “How much did they have to drink,” has nothing to do with the matter. In America, someone is sexually assaulted every 98 seconds — this is not only repulsive but entirely unacceptable. It is up to those with the power, the voice, and the resources to make a difference — which is exactly what we aim to do, every day.

What is Rape Culture?

Sexual violence can affect anyone, regardless of age, race, gender, or social standing. However, women and trans people experience sexual violence at exponentially higher rates. This is due, in part, to the pervasion of rape culture on college campuses, in politics, in pop culture, and in the day-to-day lives of damn near everyone.

According to Marshall University’s description, “Rape Culture is an environment in which rape is prevalent and in which sexual violence against women [and nonmen] is normalized and excused in the media and popular culture. Rape culture is perpetuated through the use of misogynistic language, the objectification of women’s [and nonmen’s] bodies, and the glamorization of sexual violence, thereby creating a society that disregards women’s [and nonmen’s] rights and safety.”

Some (of many) examples of rape culture include:

So, what do we do? How do we start improving this problem? One huge step is to start teaching men and boys to unlearn this — often unconscious — rape culture that they are taught from birth is their right. (This doesn’t mean that all men are “bad” or are going to become rapists or assaulters if we don’t teach them differently, but it does mean we need to rethink the way we are teaching men and boys to consider women and nonmen. It means we need to look at ourselves, our habits of speech, the media we consume, etc. and rethink how it affects the women and nonmen around us at large.)

The lack of consent is mainly why rape culture exists. Consent can be broken into two categories: enthusiastic and apprehensive.

Enthusiastic consent can be referred to with the synonym “ACES” which stands for “affirmative, clear, enthused and sober”. All of these pieces together create a firm “yes”. Saying “yes” isn’t always vocal and can be displayed through body language as well.

Giving consent one time for one activity does not mean continued consent for increased or reoccurring acts. A person can change their mind at any time and it should be respecte without question. We live in a society where the majority of our peers feel entitled or owed. We are telling you right now, you don’t owe anybody anything at any time.

Get consent. Every. Single. Time.

How Do I Help?

The biggest step we can take is to believe survivors when they come forward. False accusations of sexual assault are extremely rare. Coming forward as a survivor is difficult, painful, and often socially alienating. Believing, and supporting, those who do come forward (many choose not to for safety or personal reasons, and this is also valid; we support folks who may be suffering silently as well,) is vital in flipping the script on how we frame the conversation around sexual violence.

That’s why we’ve created our #IBELIEVEYOU tees — not to capitalize on current events, but to amplify the voice of those who need it most. We always give 10% of every sale to social justice causes, but for this specific shirt, we decided that wasn’t enough. Instead, we’re giving $10 of every shirt directly to RAINN so they can continue the vital work they’re doing in our community.

If you want to help beyond buying a shirt, here are some ways you can help:

I Need Help, Where Can I Go?

If you are in need of immediate help, please call 911 directly.

Trauma affects everyone differently and because of this, there is no right or wrong healing method. There is no timestamp or expiration date on a person's trauma because, their feelings on their experience(s) isn’t determined by how new or old the assault is. The intensity or the number of instances does not determine if a survivors pain is valid. Pain is pain and survivors deserve to be happy and healthy.

If your situation is not dire, here is a list of resources where you can find the help you need:

BLōFISH will always stand in solidarity with survivors of sexual assault because it can affect anyone, regardless of age, race, gender, or social standing. Again, we hear you, we see you, we love you, and we believe you. We encourage all survivors and supporters to keep pushing forward because together we can make a change. You’re not alone, we’ll be right beside you.